We are happy to post this version of Bar Maryam from the Chaldean Church in Kirkuk, Iraq. The singer is Cor Episcopa Fr. Stefan Rabban.
This chant has a long history that extends over several centuries and different cultural groups among the East Syriac churches. Textual variations and melodic differences are inevitable parts of that history.
The text of the refrain that the Cor Episcopa sings is slightly different from the version familiar to the Syriac Christians in Kerala, India. The source of the Kerala version is the book of ancient songs by Puthenpurackal Uthup Lukas ([1910] 2002), who seems to have relied on Paul Bedjan's "Manuel of Piety. ([1886] 1893) (see below). The refrain in these sources read Bar Maryam bar Maryam bar alaha D'ELDAT Maryam ("Son of Mary Son of Mary, Son of God, whom Mary brought forth"). Fr. Stefan sings Bar Maryam, bar Maryam/ bar alaha bar Maryam ("Son of Mary, Son of Mary, Son of God, Son of Mary"). We do not know if Fr. Stefan is using a different source. In any case, both versions are theologically the same and serve to establish the correct Christology. Probably, the chant originated during the time after the Christological controversies that rocked the foundations of Christianity in the first five centuries. The refrain puts to rest those controversies by asserting that the son of Mary is the Son of God and, therefore, Mary is the mother of God, albeit avoiding that phrase.
Interestingly, the three verses the Cor Episcopa sings in this video are almost the same as verses 9,19, and 36 (in that order) in P. U. Lukas's version. We have not yet located the printed source that the Cor Episcopa used for the recording.

The Cor Episcopa follows the same performance practice in Kerala: a call-response style in which the refrain is repeated after every verse.

We are grateful to Joseph Thekkedath Puthenkudy for recording this chant. This is one of the three melodic versions of the chant in our digital library, two from Kerala and one from Iraq. We continue our search for different versions of text and melody in the various communities in Iraq and expatriate Chaldean Catholics elsewhere in the world. There are many unresolved issues related to this chant. We hope the resources in our digital library will inspire future scholars to embark on intellectually honest research. The complicated history of the chant deserves attention, especially from musicologists. Such research will add strength to India's emerging field of Christian musicology.
References:
Bedjan, Paul. [1886] 1893. Manuel de piété ou livre de prières, de méditations et des offices: en
langue chaldéenne [Manuel of Piety or Book of Meditations and Offices in the Chaldean Language]. 2nd edition. Paris: Maisonneuve et Leclerc.
P.U. Lukas [Puthenpurackal Uthup Lukas]. [1910] 2002. Purātanappāṭṭukaḷ [Ancient Songs] of the Syrian Christians of Malabar. 10th edn : Kottayam: Jyothi Book House. 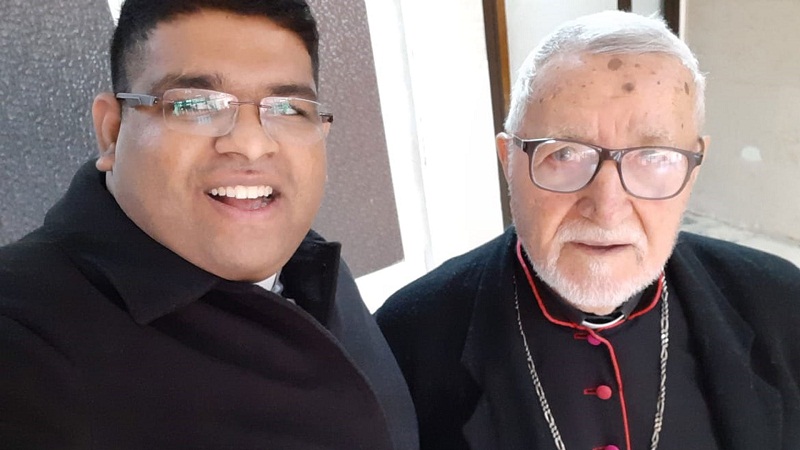